Vaginal atrophy is the medical term that refers to the thinning of the wall of the vagina that occurs during menopause (the time when menstrual periods have ceased) in women. Prior to menopause, the vaginal lining appears plump, bright red, and moist. As estrogen levels decline, the lining of the vagina becomes thinner, drier, light pink to bluish in color, and less elastic. This is a normal change that is noticed by many perimenopausal and postmenopausal women.

Estrogen levels begin to fall as menopause approaches. Estrogens are mainly produced by the ovaries. Estrogens control the development of female body characteristics such as breasts, body shape, and body hair. Estrogens also play a significant role in the regulation of the menstrual cycle and pregnancy.

Most women reach menopause between the ages of 45-55, but it can occur earlier or later in life. The menopause average age is 51 years old. Every woman is different, and there is no definitive way to predict when an individual woman will enter menopause. Also, women in the menopausal transition experience symptoms with varying degrees of severity. Not all perimenopausal and postmenopausal women will have the same symptoms or experience the same levels of severity.

What symptoms can be associated with vaginal dryness and vaginal atrophy?

Other vaginal symptoms that are commonly associated with vaginal atrophy include vaginal dryness, itching, irritation, and/or pain with sexual intercourse (known as dyspareunia). The vaginal changes also lead to an increased risk of vaginal infections.

How do medical professionals diagnose vaginal dryness and vaginal atrophy?

Vaginal symptoms such as itching, dryness, or pain with sexual intercourse are typically sufficient to assume that a woman is suffering from vaginal dryness and vaginal atrophy if she is experiencing other symptoms consistent with the menopausal transition. Of course, a careful physical examination, including a pelvic examination, is necessary to rule out other conditions (such as infections) that may be causing vaginal symptoms.

There are no specific tests available to determine whether the vaginal wall has become thinner or less elastic.

What treatments are available for vaginal dryness and vaginal atrophy?

Vaginal dryness and atrophy do not need to be treated unless they cause symptoms or discomfort. Women who experience symptoms have several treatment options.

However, HT is not without its risks. Long-term studies (the NIH-sponsored Women’s Health Initiative, or WHI) of women who took oral combined hormone therapy containing both estrogen and progesterone showed that these women had an increased risk for heart attack, stroke, and breast cancer when compared with women who did not receive it.

Women taking oral estrogen alone had an increased risk for stroke, but not for heart attack or breast cancer. Estrogen therapy alone, however, is associated with an increased risk of developing endometrial cancer (cancer of the lining of the uterus) in postmenopausal women who have not had their uterus surgically removed.

HT may be administered in pill form or transdermally (patches or sprays from which the medication is absorbed through the skin). Transdermal estrogens enter the circulation directly, where oral estrogen products must first pass through the liver from the stomach. Since transdermal hormone products do not have effects on the liver, this route of administration has become the preferred form for most women. A number of preparations are available for oral and transdermal forms of HT, varying in the both type and amount of hormones in the products.

So-called “bioidentical” hormone therapy for perimenopausal women has been a source of much attention in recent years. Bioidentical hormone preparations are hormones with the same chemical formula as those made naturally in the body but which are produced in a laboratory by altering compounds derived from naturally-occurring plant products. While some of these preparations are U.S. FDA-approved and manufactured by drug companies, others are made at special pharmacies called compounding pharmacies, which make the preparations on a case-by-case basis for each patient. Since individually compounded products cannot be standardized, these individual preparations are not regulated by the FDA. There is no evidence that bioidentical preparations provide superior symptom relief. Studies to establish the long-term safety and effectiveness of these products have not yet been carried out.

No matter what form of therapy is used, the decision about hormone therapy should take into account the inherent risks and benefits of the treatment along with each woman’s own medical history and the severity of her symptoms. Current recommendations state that if hormone therapy is used, it should be used at the smallest effective dose for the shortest possible time.

There is also now a product for vaginal dryness that consists of a daily pill which contains a selective estrogen receptor modulator (SERM). These are theoretically safer than estrogens and can be alternative for some patients.

Vaginal moisturizing agents such as creams or lotions (for example, K-Y Silk-E Vaginal Moisturizer or KY Liquibeads Vaginal Moisturizer) as well as the use of lubricants during sexual intercourse are non-hormonal options for managing the discomfort of vaginal dryness. A longer acting moisturizer called Replens is also available over the counter.

Applying Betadine topically on the outer vaginal area, and soaking in a sitz bath or soaking in a bathtub of warm water may be helpful for relieving symptoms of burning and vaginal pain after intercourse. 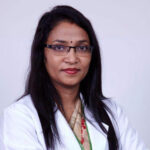 January 21, 2023
All you need to know about Urinary Tract Infection (UTI) 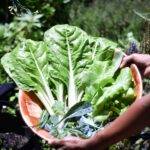 January 3, 2023
Things to know about vaginal dryness and vaginal atrophy drmamtap January 21, 2023
Estrogen is a growth hormone responsible for the development and maintenance of the female...
Read More
High Blood Pressure During Pregnancy